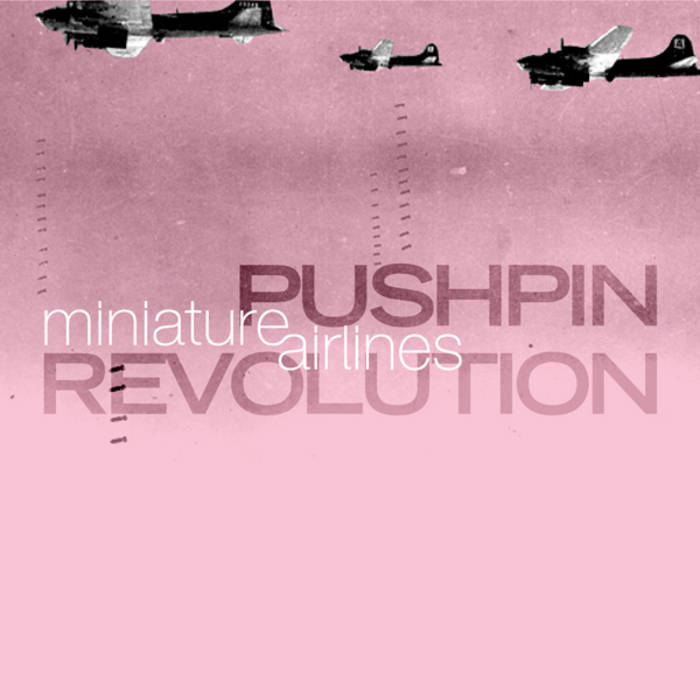 Pushpin Revolution is the second EP from Miniature Airlines, originally released in 2006 on the now-defunct netlabel Belladonna Records. The title track was written in a single sitting several years earlier, and the rest of the tracks were later built on top of the framework of that one song. The end result is a set of songs with a consistent sound, and varying musical styles, from the moody atmospherics of the introductory track, “Safetypin Tyranny”, to the ecstatic club anthem closer of “Pincushion Empire”. There are a multitude of influences at work here, from old school electro, new wave pop, and drum and bass, to IDM, hip hop, and straight ahead four-on-the-floor dance music.

Featuring appearances from Kari Faux, Bluestaeb and and interview with NY-bred artist Wiki